Plant a tree in memory of Kathryn
An environmentally-friendly option 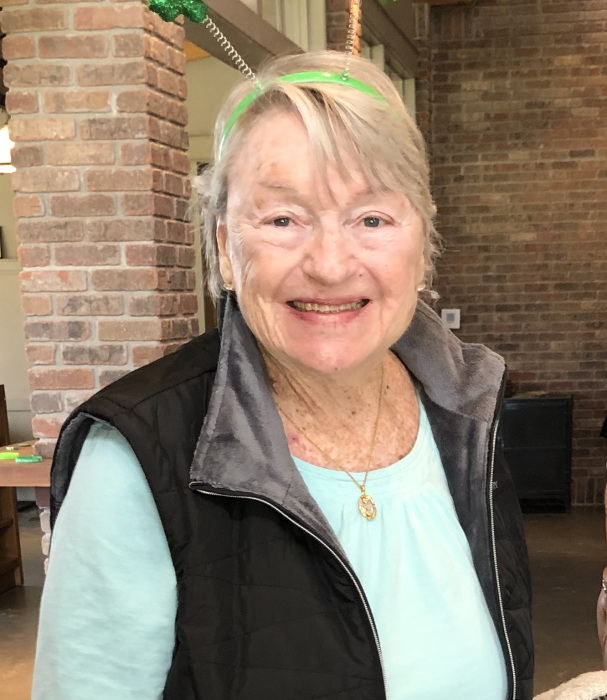 Kathryn Louise (DeYoung) Axelsen, 86 years young, passed away peacefully on Monday March 29, 2021 near her home in Greensboro, Georgia, with family at her side. Kathryn, affectionately known as Kay, was born September 23, 1934 in Queens, NY, and was raised the second youngest of five sisters in Huntington on Long Island. She always had many fond memories and stories from her younger years to share. Highlights included her love of the beaches, parks and local communities in the area, and family road trips every summer to visit national parks and countless extended family members across the country, near and far. In the Fall of 1952, Kay attended Cortland State University in upstate NY and then transferred to her father’s alma mater William Jewell College in Liberty, MO where she was a cheerleader and an active member of the Alpha Delta Pi Sorority. In 1956 she graduated with a BS in Sociology and minor in Education, and proudly followed her mother’s footsteps by accepting a second grade teaching position at Village Green Elementary School in Huntington. In November of that same year she married her Huntington High School sweetheart and love of her life Richard (Henning) Axelsen, also known as Dick. They moved into her family owned “Brownhouse” apartments so Kay could teach while Dick finished his engineering degree, and they quickly welcomed their first child in 1958. While expecting their second child in 1962 they moved into their dream home in Smithtown, where Kay raised four fabulous children, continued to pursue her love of teaching, was involved with community groups and hosted many memorable life celebrations with family and friends. In 1979 Kay and Dick purchased a family business called Casey Sound Systems, Inc., where Kay quickly mastered leadership roles in service management and contract administration and was instrumental in the growth and success of the business which they sold in 1986. Once retired Kay and Dick enjoyed numerous summers living on their sailboat, the Kristenly, in Greenport Long Island, while residing in their beautiful Viera, FL home the remainder of the year. Together they lived life to its fullest sailing, playing golf, and traveling the world.

Kay’s passion for thoroughly enjoying every minute of life with family and friends was contagious, and she considered everyone who crossed her path a trusted friend. She treasured spending as much time as possible with her children and grandchildren and was thrilled to embrace multiple visits with her very first great grandchild this last year. Her Christian background and faith in God strengthened through her life experiences, and she was comfortable and confident in her destiny, expressing she was “ready to go home” in the end. Her attitude was always positive, her wisdom inspirational, and her good humor and spontaneous wit was apparent to everyone and anyone she encountered. All those who had the privilege to know her will carry a piece of her special spirit in their hearts. She will be eternally loved, and deeply and forever missed.

Plant a tree in memory of Kathryn by clicking here.
To send flowers to Kathryn's family, please visit our floral store.

Plant a tree in memory of Kathryn
An environmentally-friendly option

Plant a tree in memory of Kathryn

1 tree planted in memory of Kathryn

A Memorial Tree was planted for Kathryn Louise Axelsen

Plant a tree in memory of Kathryn