Share a memory
Obituary & Services
Tribute Wall
Read more about the life story of Everett and share your memory.

Everett Woodham Moore, resident of Greensboro died on Tuesday, January 10, 2023, at the age of 90. He was known by his family and many friends as “Brother Moore”.  Mr. Moore was born April 19,1932 in Greensboro to the late Oscar Belvin Moore and Roberta Louise Woodham Moore. In 1952 he graduated from Greensboro High School where he was known as an outstanding football star.  He proudly served his country in the United States Army from May 1953 to April 1954 and received the National Defense Service Medal while serving. After his service in the Army, he played minor league baseball as an outfielder and third baseman from 1955-1957 in the West Texas - New Mexico League and Southwestern League. After baseball he moved back to Georgia and lived in Atlanta for several years. He married Anne Palmer on December 31,1964 and they lived in Gwinnett County Georgia for 46 years until they moved to Greensboro, GA in 2016. They were married for 54 years until her passing in 2018. From 1971 to 1990 he worked for Bowman Transportation and was a member of the United Steelworks of America, Local Union 13600 District 35 and retired as a supervisor. He also worked at Britts Home Furnishings in Gwinnett Country for several years. Playing golf at Summit Chase Country Club in Snellville, GA was one of his favorite activities in his spare time and watching the Georgia Bulldogs and Atlanta Braves play ball. He was happy to be back in his hometown of Greensboro, GA to live out his remaining years. He was a wonderful father and grandfather who dearly loved his family and will be greatly missed.

Mr. Moore is survived by his two daughters, Melanie Anne Moore of Greensboro, GA and Rose Marie Moore of Winston-Salem, North Carolina; two grandchildren, Bailey Ferguson and Murphy Ferguson; his sister Beverly Copelan and many other relatives and friends. He is preceded in death by his parents O.B. Moore, Sr. and Roberta Moore; brother, O.B. Moore, Jr. and sister, Shirley Bloodworth.

Graveside Services will be held Friday, January 13, 2023 at 2:00 p.m. at Greenview Cemetery, Memorial Drive, Greensboro, GA 30642 with Billy Boswell his longtime friend and best man at this wedding officiating.  The family will receive friends from 12:30 p.m. to 1:30 p.m. at McCommons Funeral Home.  The family requests that any memorials be made to St. Mary's Good Samaritan Foundation, 1230 Baxter Street Athens, GA 30606. McCommons Funeral Home, 109 W. Broad St., Greensboro, GA, (706) 453-2626, is in charge of arrangements. Visit us at www.mccommonsfuneralhome.com to sign the online guest register.

To send flowers to the family or plant a tree in memory of Everett Woodham Moore, please visit our floral store. 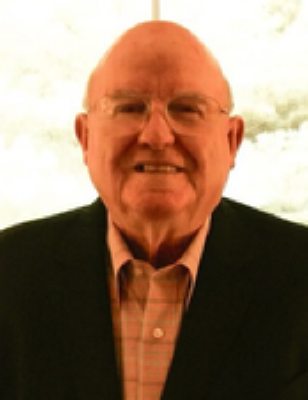