Share a memory
Obituary & Services
Tribute Wall
Read more about the life story of Emory Fred and share your memory.

Emory Fred Moon of Greensboro, Georgia, passed away on Tuesday, November 22, 2022, at Piedmont Athens Regional Hospital surrounded by his family. He was born on December 18, 1935, in Union Point, Georgia.  He was the second of six children born to the late Lillian Howard “Tig” Moon and Blanche Ogletree Moon.  He attended Greensboro High School and later earned his GED.  On January 10, 1954, he married the love of his life, Florence Irene Nash Moon.  At the time of her death, they were married for 67 years, and they had two children, Rhonda Kay Moon Byce and Thomas Fred Moon.

During his working career, he served in the United States Army Reserves and worked as a meat cutter in many places including both Pennington Supermarket and A & P in Madison, Georgia where he was market manager for over 18 years.  In October of 1977, he and his wife, Florence, opened Moon’s Supermarket, Inc. in Greensboro.  They, along with their family, operated the store, working many hours together to establish a successful business. In September of 2007, they sold the business, and Florence and Fred retired. Fred spent most of his career as a meat cutter.  He was highly respected for his art of meat cutting, and people came from all over the country just to get his special cuts of meat.  Before and after retirement, Fred worked part-time at McCommons Funeral Home.

Fred’s family was one of the most important parts of his life. Whether it was a homecooked meal or a trip to Ryan’s Steakhouse or Cracker Barrel, Sunday night dinners were always the highlight of his week.  He and his wife, Florence, spent many years traveling, but especially enjoyed motorcoach traveling.  After retirement, they began including their children and grandchildren in their travels which included all 50 states, Canada, Mexico, the Caribbean Islands, South America, and Europe.

As a member of First Baptist Church of Greensboro, Fred served as a deacon and was a member of Hamp’s Class.  He also served as the nine-year-old boys’ Sunday School teacher for many years.  In 2004, he became a member of Grace Fellowship of Greensboro.  For a number of years, he was an active member of the Greensboro Masonic Lodge where he held many leadership responsibilities including Worshipful Master.

A celebration of life service will be held on Sunday, December 4, 2022, at 2:00 p.m. at McCommons Chapel with burial at Greenview Cemetery in Greensboro, Georgia with the Rev. Dr. Jimmy Long officiating.  Visitation with the family will be prior to the service at 1:00 p.m. at McCommons Funeral Home.  The Greensboro Masonic Lodge members will serve as honorary pallbearers.  The family requests that memorials be made to Nathanael Greene Academy, P. O. Box 109, Siloam, GA 30665.  McCommons Funeral Home, 109 W. Broad St., Greensboro, GA, (706) 453-2626, is in charge of arrangements.  Visit us at www.mccommonsfuneralhome.com to sign the online guest register.

To send flowers to the family or plant a tree in memory of Emory Fred Moon, please visit our floral store. 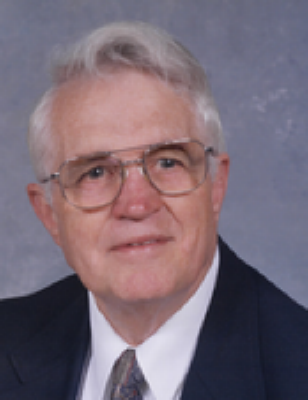