Share a memory
Obituary & Services
Tribute Wall
Read more about the life story of Brock and share your memory.

Following a bravely fought battle with Parkinson’s disease, Brock Frederick Miller earned his heavenly reward on November 17th, 2022, surrounded by his loving family and dear friends. Brock was born November 10th, 1966, in Mount Vernon, Washington to the late Frederick Miller and Arlene Miller. Brock spent his childhood growing up on his family farm.   An athlete all his life, Brock followed a high school sports career in football and wrestling, playing college football for the University of Washington and earned a degree in Mathematics from Western Washington University.  Brock had the honor of wrestling the Japanese National Team in 1985, where Brock pinned his opponent with seconds left in the third round.

In 1995, Brock moved to Georgia where he began a career in education.  A beloved and talented math teacher, a dedicated and loyal coach, a principal and administrator, Brock worked tirelessly to educate young students and positively impact their lives, in the classroom, on the court, and the field.  He will be fondly remembered by his students, coworkers, and staff for his brilliance as a mathematician and enthusiasm and encouragement coaching students in the sports he loved.  Brock blessed the lives of many at Rutledge Academy, Nathanael Greene Academy, Clarke Central High School, Social Circle High School, Greene County High School and Carson Middle School.  Brock advanced himself during his years in education earning degrees in Mathematics Education from the University of Georgia, Psychology, Counseling and Foundations of Education at Troy University and an Education Leadership degree from Lincoln Memorial University.

Brock’s greatest joys in life came from his family.  He married his loving wife, Ashlie Ward Miller in 2001.  His battle with Parkinson’s has been a reminder to the community of the love and commitment he and Ashlie shared for each other. Brock was the exceptionally proud father of two tremendous sons, Jack and Thomas.  Nothing brought him more joy than his boys and he loved every minute of seeing them succeed in their sports and classroom.

Brock will be remembered for his humor as he always had a comment and the last word for any situation.  Everyone that knew him likely has a funny “Coach Miller” story that always brings a smile to their face.

His favorite day of the week was Sunday as he was able to attend church, worshiping his Lord and Savior. Brock was a member of Grace Fellowship and was a faithful member of the G Men Bible study group.  He loved Monday nights spent with these men learning more about Jesus.

Brock is survived by his wife, Ashlie and sons Jack and Thomas; his beloved in-laws Rick and Tommi Ward; his brother-in-law, Joey Ward (Kendrick), niece Addy and nephew Rhodes; his mother Arlene Miller, brother Greg Miller (Shannon), sister Terri Thatcher (Max) and his nieces and nephews, Brynna, Nathan, Ben, Connor, Alex, Josh and Robert; aunt Kay Heinke, cousins, Kathryn and Kristin; and his faithful companion and support dog, Theo, who never left his side during his battle with Parkinson’s.

The family would like to thank Georgia Mapp for her sincere faithfulness in caring for Brock over the last year.  We are forever thankful for Georgia.

A celebration of life for Brock will be held on Sunday, November 27th, 2022 at 2:00 p.m. at Grace Fellowship with Dr. Jimmy Long officiating.  In lieu of flowers, the family asks for donations to Grace Fellowship, 1971 S. Main St., Greensboro, GA or Spencer Bradley Foundation at spencerbradleyfoundation.org.  McCommons Funeral Home, 109 W. Broad St., Greensboro, GA, (706) 453-2626, is in charge of arrangements. Visit us at www.mccommonsfuneralhome.com to sign the online guest register.

To send flowers to the family or plant a tree in memory of Brock Frederick Miller, please visit our floral store. 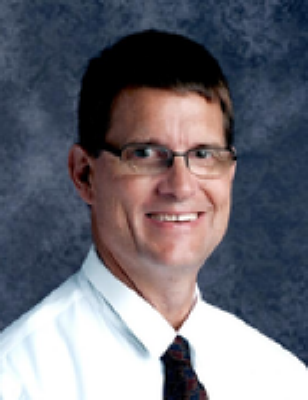